Shoot a Film on DSLR 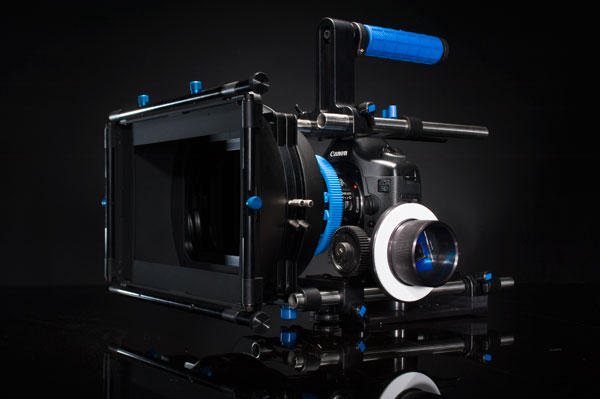 More on the camera kit

The biggest issue with digital is that it’s not film. It smells differently. The noise is loud. The converters are (almost) infinite. It is cheap though and has allowed anyone to start making movies. The latter being the most important point to me.

As technology becomes cheaper to produce the quality get’s better so that manufacturers can keep bringing out updated hardware. The latest good news for film makers is the Canon D5 Mark2.

Although it has no on board sound recorder the pictures beat anything I have seen digital produce. Perhaps the RED competes but that is a huge and expensive system if you compare it to the D5. I have read a couple of blogs and news pieces on the D5 camera shooting video and the most prominent problem is focus.

Focus is murder; you don’t actively want a sensor this big, even if you think you do. It gets noisy, unpleasant vertical bands of noise, if you leave it on too long, which is mentioned in the manual.

The reason this piece of tech caught my attention was the indie film “Searching for Sonny”. The first full feature film to be shot on the D5. I have not yet found information on their specific work-flow however I am to understand it was a pain in the ass to get it working all the way through.

Disney and his crew had to figure out how to workaround a few of the 5D Mark II’s most annoying limitations for filmmakers: no manual control over exposure settings during capture, and a lack of an efficient focusing system while shooting.

This is the life of the film maker though and if you have made ANY films you will know that problem solving is part of the job description. The override on exposure settings was solved by putting a Nikon F mount to Canon EOS adapter and stuck on an older Nikon 50mm lens with a mechanical aperture wheel. The latter problem is was simply a make-shift follow focus system which needs a focus puller. As far as the capturing and importing to Final Cut goes, I will have to get back to you…

If I look at the way the set was run it smacks of old-school meets new-school. Let me explain. The old-school 35mm Panavision et-al camera weighing in at 20kg odd is replaced with a 2kg DSLR. Both have interchangeable lenses and both still need an operator and focus-puller. The sound is separate (as it always was until the PD150 came along). However, we don’t need massive DAT recorders now, simply a good mic, pole and recording device like a mini-disc player or laptop. The crew formation is returning but the gear is transformed! Poetry of technology….

All that is needed, and will come, is a full LCD lighting kit. From the 10k all the way down to the 150 peppers. Take a second and imagine…beautiful.

“Searching for Sony” seems to be an interesting story and I will want to see it regardless of the technology they have used. The fact that the pictures are amazing does help motivate me though.

SEARCHING FOR SONNY is the story about three bumbling friends who come back home for their high school reunion only to get sucked into a small-town murder mystery that is
eerily similar to a play from high school.

Another interesting point to this film is the investment strategy. They have a $30 buy a T-shirt and get your name in the credits option and also an invite to invest in the film. You can e-mail them to receive the full proposal.

Have a look at some of the trailers and the quality of this camera. I am convinced. Anyone has a D5? Let’s make a movie!